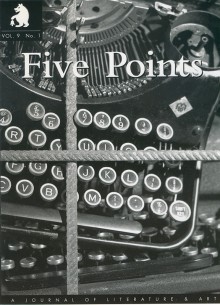 From Ann Hood “We read to understand the unknown; we should write for the same reasons.”

Sometime in the early 1980s the playwright Maria Irene Fornes came to Florida State University to conduct a series of workshops. I had already been teaching writing for a decade and had published a book, Writing Fiction, and I was disconcerted, not to say traumatized, by her methods. She had us do calisthenics, pair up and draw portraits of each other, imagine the insides of our stomachs and set play scenes there. At the end of the last session, I told her, “I’ve spent twenty years understanding my process, and you’re asking me to change it entirely.”
Fornes bounced her palms at the air. “You must always keep changing your process!” she declared. “Because there are two of you, one who wants to write and one who doesn’t. The one who wants to write has to keep fooling the one who doesn’t.”
I have taken her advice to heart and have tried to keep changing—expanding, twisting, tricking—my writing process, but the truth is that and the other is Robert Olen Butler, who joined the Florida State University faculty in 2000 as Eppes Professor of Creative Writing. Butler’s method is largely lecture, his students do not draw, dance, or gather in small groups; yet his teaching, like Fornes’s, offers a door into the unconscious where fiction lies.
Butler’s background is in theater—he trained in both acting and oral interpretation and began his professional career as an actor—and what he often calls “method writing” owes much to the director Konstantin Stanislavsky of the Moscow Art Theatre, who revolutionized dramatic practice for the twentieth century and, in effect, made possible the emotional realism of film. The so-called Stanislavsky Method rests on two principles: that the actor’s body is an instrument that must be supple, strong, and prepared; and that craft is always secondary to truth of emotional connection. Both of these principles have their counterpart in Butler’s teaching of the fictional process. In place of the body, it is the imagination that must be a strong and supple instrument, ready to lead the reader through moment-by-moment sensual experience. And it is in the realm of the unconscious rather than that of technique or intellect that the writer seeks fictional truth.