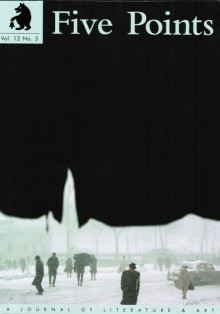 You try being seventy six, with two floaters in your eye that weren’t there the summer before and what might be arthritis in your knee or—if you’re lucky—just pain from bruising, having spent too much time planting impatiens because your husband wanted to add a few red ones. Those little plastic boxes each contain six plants, so six times three—the number of boxes he could carry; one in each hand, elbows pushing the other into his belly—resulted in eighteen plants. That’s a lot of digging for someone else’s enthusiasm, even with a good trowel.

Let there be flowers, high and low; let the screen on our porch be patched by the incredibly nice mailman; let the lawn service mow and catch its clippings in its bag that balloons off the back like one of poor Princess Diana’s ball gowns. To be honest, let the grandchildren stay away at camp, so one’s already addled mind won’t have to consider the madness of children’s books in which all of this would be presented as fun.

This being mid-July, the mosquitoes hover outside the screen, maddened by the fumes from the barbecue grill; the moths find a way into the bathroom where the night light glows. The visitors come, paying homage to Rex. Whose vision is clear, whose desires are nicely articulated in charmingly puckish ways, whose own knees are so shaky he can no longer sit in his favorite rocking chair, which offers no stability when one stands. Thank you mailman for your kindness, and your little rectangular screen patch; thank you wife for picking up on my desires as if you were quickly snatching kindling for the fire; thank you God for ev-er-y-thing, as the grandchildren (private school) so punctiliously pronounced everything at the conclusion of their art show: “Nature in the 21st Century: Gouaches of the Landscape,” judged by the eminent poet Rex Norford. Thank you God, thank you Mr. Norford, thank you Mr. Norford for driving.

That “Gouaches of the Landscape.” How about landscape gouaches? And what’s wrong with good old watercolor?