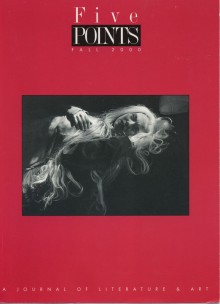 On a warm blond October afternoon years ago, Daniel Hamblin jogged around the cinder track of his high school. His football practice uniform was stained with dirt and grass and soaked with sweat, and the heavy costume felt nothing but good on his young body as he worked through his third of four after-practice laps. He was a boy with words for things and in the rhythm of his run, he thought, I’m seventeen and I’m in love. Many things will happen this year to me for the first time. When he spoke this way, his buddy Qualls would say, “Right, boss.” Around the oval track his teammates were strung at intervals, their cleats crunching the fine red cinders as they ran. All the forty red helmets were scattered in the end zone where these young men had tossed them, as was their custom before last laps. Daniel Hamblin loved this, the long shadows of the gymnasium falling across the track, the strength he felt in his lungs and legs, his sense of everything happening as he commented on it. “You old building,” he said aloud.
It was always four laps, no stopping, and Daniel Hamblin ran four laps, always finishing among the first few players, picking up his helmet and going into the gym. There was a group of boys on the team who were always last, who shuffled so slowly around the track that they were inevitably lapped and lost to the sequence of things, purposefully really, and they picked up their helmets after three laps, joining the file into the gym. One of these boys was the center of the football team, a wry and popular guy named Deke Overby, who was also co-captain. He was a roughneck with a good head of red hair and a face of freckles which looked manly on him, and he was admired, as certain athletes are in the fall of the year, for strength and confidence, and his wide open sense of humor. As the boys stripped off their soaked uniforms and hung their pads on the drying hangers and peeled off their jockstraps, Deke Overby kind of ran the room calling questions to the various players about what they had done just now during practice or what was the deal with some girl they were seeing, and these were good things, not unwholesome, and it made the guys smile as they stood soaping in the steamy shower, and each boy was hoping Deke would pick him out and say, “If you tackle that hard in practice, two things are going to happen: you’re going to hurt old Qualls here, and we’re going to kick butt on Saturday at Highland,” or some such.