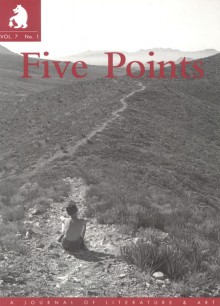 From Madison Smartt Bell, “Once I finish this book, I may start touring music. I don’t know what I am going to do. In all probability I am going to have my usual day job.”

I have always wanted to write about my relationship with the police. There are those in the culture who have a daily connection with them and there are those whose only connection revolves around traffic tickets and accidents. I come from a comfortable immigrant culture, obedient and law-abiding, grateful, unquestioning, and destined for a little success in America, at least in Pittsburgh. I myself was an angel who believed literally in what was told me—at least to a certain age. I don’t know if it was the sudden death of my sister—when she was nine and I was eight—or the move to a new neighborhood, in the mid-thirties, in order to escape her memory and presence, that changed me. We were living in a crowded little settlement, in a small house across the street from a woods, in what was then a suburb, and we were the only Jews on the street. The new neighborhood, Squirrel Hill, was all apartment houses, densely populated, and predominantly Jewish. I suddenly had many friends, I hung out on the streets, and there was no more Jew-baiting. No one broke my glasses or pummeled me with snowballs because I killed Christ. And no gang of twelve-year-olds ever left me bleeding—from a nose, a mouth, an eye, an ear—because I was rich and abused Christians, especially Catholics.
As far as the police were concerned, they were benevolent and gracious, and I never could understand why Krazy Kat threw bricks at Occifer Pup. When I was fourteen or fifteen, things changed. The high school I went to, Taylor-Allderdice, and the streets and alleys around it, suddenly found itself the center of a real battle between the Jews—sons and daughters of storekeepers, salesmen, and a few professionals—and the Hunkies, sons and daughters of the mill-workers, mostly of eastern and southern European stock. The Hunkies, a pejorative term ridiculously connected with “Hungarian” probably, relieved their frustrations and lack of hope, and coupled it with the anti-Semitism they brought over from Europe by beating up isolated Jews. After one Jewish boy was permanently paralyzed from one such beating, we fought back by surrounding out enemies when they left school and inflicting a little damage. The police arrived in force, arrested only the aggressors, and took us off to Juvenile court. I remember the ringleaders, myself foremost, were held overnight, and I remember I made a speech.
I think I was shocked by the stupidity, deft ignorance and insensitivity of the police. They apparently had never heard of anti-Semitism, and knew nothing of the conditions at our high school. In my innocence, I had believed the police’s own version of themselves, that they were above the fray and interested only in justice; but quicker than you can say Eugene V. Debs or Karl H. Marx, I learned that they not only had the prejudices of their own class, including religious, racial, ethnic, geographic and economic bias, but were themselves a kind of class, with their own beliefs and prejudices. This is certainly a no-brainer today, but I’m writing about a fifteen-year-old boy in the thirties and his education. I was a quick learner, though my grades were bad; and my own experience taught me, over the period of a couple of years, where I was arrested several times for the same charges (I remember it included ‘inciting to riot’) and delivered over to the same authorities, where matters truly lay.