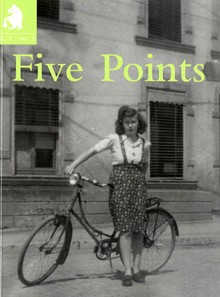 Robert Olen Butler
Carl and I

Three nights after I married Carl Peterson, we watched Sarah Bernhardt die of consumption on a bed strewn with camellias. She was very beautiful, her face a sad white mask, her eyes enormous and dark, her voice rising from the stage and filling the Lyric Theatre, though as the courtesan Marguerite Gautier she was capable of barely a whisper, dying as she was from the tubercular bacilli breeding in her lungs. Her sins had been cleansed, Marguerite Gautier’s, by her suffering and by the goodness of her heart and by the sacrifice she had made, giving up for his own sake the one man she had ever loved. I grasped my Carl’s arm on the seat next to me as Marguerite died, for he was the one man I had ever loved and now we were married, on the previous Saturday, December 16, 1905, and the church was filled with red camellias. The newspapers said that Sarah Bernhardt slept in her own coffin, transporting it with her wherever she went, and she had died nearly twenty thousand times in her life, just as she was dying before us, and she took a cloth from her bosom as she lay on her deathbed, and she coughed terribly into it.

Now Carl has written to me from Attleboro that he is dying. He left for the sanitarium barely a month ago and he has lost hope. So quickly. The death is coming upon him very quickly. This sometimes happens. Like John Keats, who wasted and died at the age of twenty-six. The British writer Robert Louis Stevenson, on the other hand, resisted for decades before being overwhelmed. As Dr. Gilbert would say, the bacilli have found “fertile ground” in Carl’s body. Oh, had you only been as barren as I, my Carl.

He did not send me a view of the sanitarium. None of his postcards have been of this place I have never seen, where he will die. He says it is vast and made of gray stone the color of our birdbath. He could not resist a romantic postcard, even considering. Two lovers sitting at the edge of the sea and she has raised her parasol to shield what they are doing, but their silhouettes are visible. They are about to kiss. He put the postcard in an envelope so the postal carrier would not share his words. “Dearest Sweetheart,” he said to me. I grew weak at this. And he tried hard to put his bravery down on the card, going quite formal for a moment. “A line or two hoping they will find you all in good health,” he said. All in good health. Wholly in good health. Completely in good health. As I seem, in fact, to be, which gives me no comfort. “As for me,” he said, “I am getting worse. I don’t think I will live long enough to see your dear face again.”