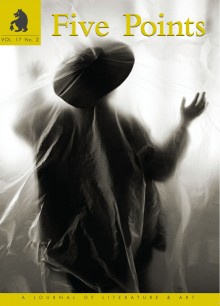 It was 1988, the year we would lose Raymond Carver, and I was in a crowded room in New York City making my way to where he stood up against a wall. He wore a jacket and tie and held a glass of water close to his chest. He looked like he was trying to lie low, though he was at the height of his fame in a room full of writers, so this was hard to do.

This was on the Upper West Side at the awards ceremony for the American Academy of Arts and Letters. I was there with my sister, Suzanne, and a few close friends, and we’d all driven down in a convoy from north of Boston with my father, the short story master Andre Dubus, who’d just won the Jean Stein Award for his volume of selected stories published that year. Less than two years earlier, our father had stopped his car on the highway to help two young people who’d been in an accident, and he was run over at fifty-eight miles an hour, suffering thirty-four broken bones and two pulverized legs, one of which had to be amputated below the knee. Not long after this, his third marriage ended and his wife left him and took their two young daughters, my half-sisters, with her, so now my father lived alone in his small house on a hill of poplar trees in the rural part of Haverhill, Massachusetts, and we all did what we could to help out: my brother, Jeb, and I built wheelchair ramps and installed wall railings and made his bathroom accessible for a wheelchair; my sisters brought meals and encouragement; three times a week I drove over to his house to help him get his strength back with the weight training he used to love; and on Thursday nights, ten to fifteen writer friends would gather in his living room for a workshop he taught free of charge. It began as a way to bolster his spirits, to bring him back into the warm folds of community, but it quickly became a master class taught by my father. It had been a hard and dark time for him, and so when he learned of this new accolade for his work, this piece of good news gave birth to a much-needed good trip for us all…