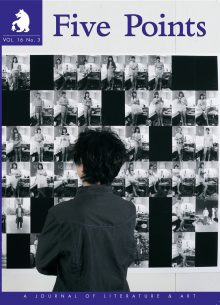 On a skimpy March morning, Cass reluctantly left Boston to check on their Cape house. In truth, she dreaded seeing the new deck they’d contracted for last fall, a reminder that life had gone on in the wake of her husband’s death three months ago. Pulling into their driveway too fast, she almost hit the ugly dumpster that squatted there, normally a tight roost for two cars. It was eight, maybe nine feet long, and at least seven feet tall with rusted perpendicular ribs. The carpenter who had been hired to replace the deck last fall wasn’t around, nor was a final bill tucked inside the unlocked door.

After lugging her duffel and two grocery bags into the kitchen, still in her boots, she clumped down the long hallway to the sliding glass doors that opened out onto the deck to check on Eddie’s work.

There was no deck.

There was only a twelve foot drop to the ground where sand and wisps of sea grass churned in the wind off the bay. Grey dimpled snow still edged the foundation, and the usually brave scrub pines looked defeated under the overcast sky. The dismantled deck must be in that dumpster. She bowed her head against the cold glass of the sliding doors and cried.

That deck had been the center of life here in their Cape house. She pictured Bloody Marys on the table between their deck chairs, and Sunday papers blowing around their knees. Baxter’s tripod leaning against the rail and seventeen-year old Ben changing the strings on his guitar, telling them about the Bryan Sutton concert he’d gone to that weekend. Surely parts of the deck were still in the dumpster. If only Eddie could return it to its original battered self.