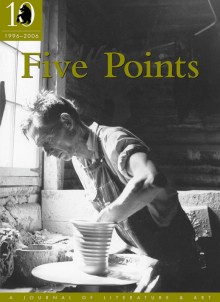 “Once a hero,” said my father, who now and then mixed up his wars, “always one.” His blind eye (formerly one of a pair) and I had little in common. My only war wound was a three-fingered claw hand, the result of a recent stroke.
He used his surviving good eye as best he could, and our father-son visits transcended the traditional and formed part of the plunge into war, which we remember for its gentle aspects: soccer-playing Germans on Christmas day; the bed makers in hospital who departed leaving behind a groomed landscape of exquisitely folded linen. There was always something disproportionate in our dreams. I kept learning from him the less gentle aspects of war, when he was least sentimental about the soldiers, those “happy few,” who saw things to the end, and even beyond.
Was that the world of my dapper father who, at sixteen, faking his age, machine-gunned down thousands of Germans for his four years? Almost. He was cut-off. Looking somewhat like A. Camus, debonair, suave; fetching no longer.
I recall the green locomotive, not for its embossed chlorophyll on the monster’s bum, but for a more distributed image of the Sherwood Forester’s motif on his cap badge (Robin Hood’s terrain, of course) and the garish-blood red and white of his postwar uniform saying: This one has been wounded within an inch of his life. Watch him fumble his tricks, you young men, and despair.
There was much more to my father than this, however, from the badge on his drum major’s sleeve to a lump of prettily decorated brocade, a sampler stitched to his cap, a pretty thing indeed made of fleece surmounted by fleur de lys. As if saying he has put aside the tools of war, however obliquely, stated for the symbols of peace.
Part of my father’s invisible biography he kept to himself, not something that might wound a casual observer (a wife, a son), but something that was uniquely his, what the old Greeks would call a hapax legemenon, the only thing of its kind to occur within a lost language. This gave my father something to live up to, to dazzle poilus (French soldiers) with. He was like one of the parade of blinded men that periodically circled the Eiffel Tower. Or, in later years, with the sight restored in one eye (thanks to an American surgeon), propping up his habitual place at the local bar, Balkan sobranie puffing nicely away, he stood ready to bore the survivors with the exploits of his boy at Oxford long after I’d left that place of remote learning.
His mother first learned that he had been killed in action; then he resurged, still nineteen with three years of war behind him. Blind for a full year. Then repatriated, still in his red and white tunic. A yokel for civilians to peer at, for housewives to mourn. I have no inkling of how he felt during all this, how he felt when his sight came back. So much of him passed with him at seventy-five, like the presumed affair with a French woman, like going home to Eckington at twenty, his career as an accountant and penman blasted by a shell.
I still view him as a professor of fragments, only too eager to quote officer’s jargon of French second-hand (forty homes, fifteen chevaux). He kept the facts dark, on purpose, rather jealous of their inscrutable caliber, but knowing what was left of his premature life could not be stored anymore.