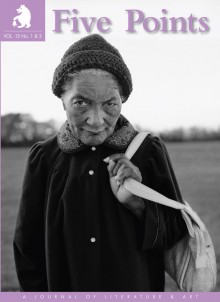 From James Dickey, “I meant to write about the universal need for contact that runs through all sentient beings and will be served, even if it creates monsters. It’s too strong for everything.”

Sixth period was endless. Vicki stood by the smartboard, listening to herself drone on about the formula for calculating the volume of a cylinder, but all she could think about was Jessica Grasso, the heavy girl sitting near the back right corner of the room, watching her with a polite, seemingly neutral expression. It was almost as if Jessica grew larger with each passing moment, as if she were being inflated by some invisible pump, expanding like a parade float until she filled the entire room.
She hates me, Vicki thought, and this knowledge was somehow both sickening and exciting at the same time. But you wouldn’t know it from looking at her.