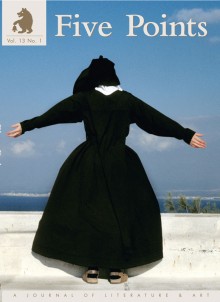 Philip Levine
A History of My Befuddlement

The teaching of poetry. A subject I should have a great deal to say about since it was the main means by which I earned my living; I’d rather not calculate the number of classes I attempted to force-feed poetry long after I’d discovered that was folly. What follows is not the history of my own teaching but the ongoing history of my befuddlement. Be patient; the telling will not last nearly as long as the lessons. I don’t think anyone taught me how to read poetry or even why I should feel it necessary to read poetry at all, though some assured me that without poetry not only my life but everyone’s life would be less worthy. At times I believe this; worse still I’ve said such things to undergrads who were trying to get their degrees in nursing, business administration, and hay-seeding. I once heard an American poet claim before an international audience that he could talk about William’s red-wheelbarrow poem for two hours without exhausting its nuances. The fact that within ten minutes he had exhausted his audience escaped him. If you live in poetry for sixty or more years as I have, you can get an odd sense of its status. I have been foolish enough to ask people I’ve known outside the academy or the little cosmos of American poetry, people with whom I shared views on fiction, movies, music, politics, domestic and foreign cities, fountain pens, automobiles, wines, prize fighting, motorcycles, horse racing, “Who is your favorite poet?” This is one of the great show stoppers and conversation enders: often the question draws a clearing of the throat followed by a look of terror. At best one gets a blank stare, at worst, an answer, which—hopefully—is a lie: Edgar Alan Poe.