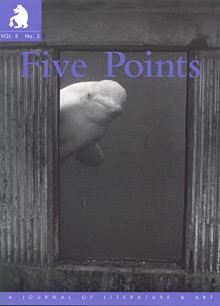 Small birds were sounding the alert
as I followed her unladen
steed through a dell so dark and dank
she might have sported the waders
her grandfather had worn at the nadir
of his career, scouring the Outer Banks
for mummichog and menhaden.
Those weeks and months in the doldrums
coming back as he ran his thumb
along an old Venetian blind
in the hope that something might come to mind,
that he might yet animadvert
the maiden name of that Iron Maiden
on which he was drawing a blank.

I traced the age-old traduction
of a steam through a thorn thicket
as a gush from a farthingale.
Skeffington’s Daughter. Skeffington.
Attention. Shun. Attenion. Shun. Shun. Shun.
We lay in a siding between two rails
and watched an old white horse cross the picket
of himself and trek through the scrub
to drink from an iron-hooped tub
with the snore-snort of a tuba.
His winkers and belly-band said scuba,
while his sudden loss of suction
Carlotta knew meant a pump whose clicket’s
failed in the way a clicket fails.