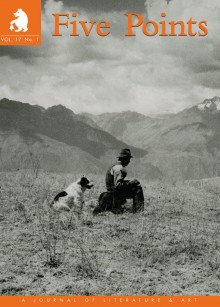 No one in my family had gone to college; there was no relative to advise me, so in 1967 when I graduated from high school, I took the recommendation of Brother Charles, the guidance counselor, and enrolled at the college that attracted football fans and amateur athletes because the New York Giants trained there in summer: Fairfield University of St. Robert Bellarmine. Named for a leader of the inquisition, prosecutor of Galileo, and responsible for the burning at the stake of astronomer Giordano Bruno. Fairfield University: an all male Jesuit college in Connecticut, its mascot the stag.

A few weeks after freshman orientation, the climax of which was standing before a bonfire wearing red and white beanies and chanting, Stags are Tough!, we became desperate for female company. Students with cars drove into town to simply observe a woman’s legs. Others dated local high school girls who randomly called pay phones in the dormitories, giggling to whoever answered and then driving to campus where they’d meet the boys, go for a ride, or walk to the secluded Japanese gardens behind the gymnasium…