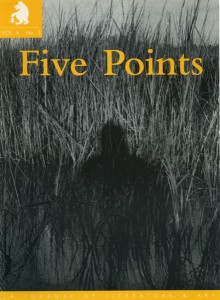 like Freud’s triad mating with The Three Faces of Eve.
In London the ego-Eve White is the tragic queen,

while in Paris the id at the Odéon, Eve B.,
rips off her skimpy gown, so the audience can feast

its eyes on her pert breasts, taut abdomen, coppery
delta, and though I’ve a fondness for redheads, for me

for our times. Oh, he can do you the lust, the tragedy,
youthful longing, the handmaiden’s evil goading, fleeing

prince. Like God, he’s a zeppelin above the sorties
of the other two: ego tied to the earth, id’s striptease

in Hell, strutting, all secrets blabbed, twirling pasties
sparkling under lights. And when is lust not like burning

in the Underworld, sulfurous but, at the same time, silly:
the ridiculous suicide attempts, tight skirts, spike heels

of desire, or the housewife of yearning, hardly queen,
feet on terra firma or incognita as the case may be,

washing the dishes of her predicament. Give me
the Eve called Jane, bald man on bare stage, all poetry,

no person, all passion in the language, the soaring
couplets, so unlike the characters in the play: the kind,

his wife, his son, and the playgoer, in the dark, alone,
watching them all, as if it were no one’s life but her own.