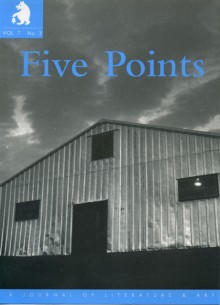 From Janet Burroway, “I am interested in the idea that every novelist only has one story to tell and tells it over and over.”

The sun was where it always was, high overhead, though on the particular Sunday I have in mind it had to force its way through a thin layer of cloud that stretched above us like a sheet of wax paper. I assume it was Sunday: we weren’t in school, Barton and I, and it wasn’t warm enough yet for summer. In spite of the cool weather, I’d put down the top on the Buick we owned back in the Fifties. As we made our way in traffic along the Pacific Coast Highway, Sampson, our spaniel, leaned out from the back seat, nose up, ears blown inside out. My brother hung onto his leash, lest at the sight of a skunk or a cat or—rising out of the haze-hung ocean—a silvery dolphin, he leap into the opposing stream of cars. Lotte, our mother, sat beside me, clutching a scarf over the permanent wave she’d set in her hair.
“It’s going to be a nice day,” she declared; as if in obeisance one corner of the milky overcast peeled away. At once the windows of the houses atop the right-hand hilltops began to shine, winking down on the sudden checkerboard of the sea.
“No, it is not,” said Bartie.
I glanced back in the mirror: his face was buried in dog fur, the wind socks of the animal’s ears twirling just above his own. He wasn’t, I knew, referring to the climate.