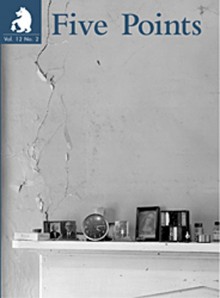 I like to think that I was a member of the French Resistance though I was only three years old and lived on a farm in Northern Michigan when Germany invaded France, and unforgivable act but then the seams of history burst with the unforgivable.  The mind itself is a hoax that feeds on its own fanciful stories.  In Marseille the Germans cut off my feet at the ankle and left me for dead as they say, I cauterized my stumps on the coals of a bonfire near the Vieux Port and took several weeks to crawl over the hills past Cassis to Bandol.  The German soldiers ignored me crawling along with my knees wrapped in burlap.  In Bandol I was recognized as the Mapman by a vintner and I was smuggled back to Marseille under the straw of a cartload of pigs.  Pig shit repels prying noses.  I was hidden behind a false wall in the basement of a bakery from which I helped direct the routes of passage through the countryside of the Resistance from my candlelit table spread with the maps of war.  Intensely detailed maps of southern France were my wall paper and improbably intimate to me.  We lost thousands of brave men but saved thousands or so they said.  Sandrine who worked at the bakery sent down nude photos of herself and I thought of these photos as maps of the mysteries of women.  I grew too fat on all the bread sent down to me with summer vegetables.  I began to grow thin in November when a Nazi colonel set up a desk in the bakery to avoid the bitterness of the Mistral and the employees had to be careful about the use of the dumbwaiter.  Once in the middle of the night someone courageous sent down a case of simple red wine which I drank in two days to experience the glories and ample delusions of drunkenness.  I even tried to dance to silence on my healed stumps, an unsuccessful venture.  The logical question anyone might ask is how an American could be of any use to the Resistance?