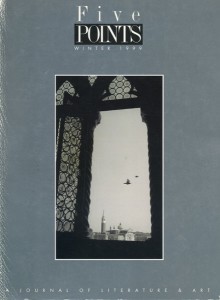 From Philip Levine: “I loved the way Neruda could let almost anything fly into a poem. If you put your hand over the poem you have no idea what’s going to appear in the next line, but somehow he can make it belong.”

The maps in the 1945 West Publishing Co. pocket diary that my father carried in the war are gathered at the end of the little leather book. My father was very much a man of maps. During World War II, as a sergeant in the 10th Mountain Division, an elite outfit trained and equipped for combat in snow and ice, on mountainous terrain, he was a forward observer. Carrying a radio and a carbine, he moved in advance of the infantry and artillery, calling howitzer and mortar fire down onto map coordinates that were often perilously close to his own position. He spoke infrequently of his war, but whenever he did I asked him if he was frightened. I found so much to be afraid of in quotidian adventures that I thought of his war as a time of always fighting fearfulness. Each time I asked, he said that he had been entirely certain that he could never be killed. According to him, he volunteered for service in the 10th. According to him, he lied about his nearsightedness by memorizing the eyechart. According to my mother, he left for the war when he could have stayed with her and me. I had seen the moment of lying about the eyechart in films starring men like William Bendix and Lloyd Nolan, John Wayne; men memorized the eyecharts because it was the right and morally true action, and because vision was not only about what a nearsighted man like my father could not see: he, and those heroes, the movies said, could see. I was reminded of my father’s volunteering as I labored to keep from serving in Vietnam. I did not want to suffer at the hands of yahoos in the basic training that might kill me before any combat did. I did not want to leave my wife of so few months. I did not, finally, want to kill those Asian people any more than I thought they ought to be killing me; everything about that war was wrong, I thought (and think). And I am not imagining my father’s disappointment at my despair over passing my first draftboard physical. I think he wanted me to want to go. I think he thought I might become a man, perhaps something closer to his idea of what men were, if I learned to enjoy, as he apparently had, overcoming the rigors of boot camp and fending off the rednecks who were puzzled or angered by Jews. He invited them into the boxing ring, he told me, and they willingly went. He was in his 30s, older than most of the men he called “boys,” and, he told me, “After a round or two, when they tasted their own blood, they got more friendly.”