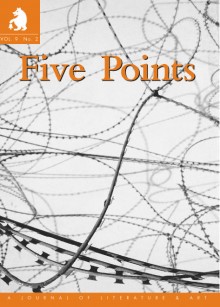 By ten o’clock, the tension in the car has become another passenger. It’s a relief when Allison tells Richard to pull off at the next gas station. While she disappears inside the Quik-Stop, Richard stretches his legs, walking with their daughter through the slushy parking lot to peer up at the stone and granite bridge that arches over the road. Marianna’s first grade class recently visited Concord, and she asks if redcoats marched cross that bridge. They did not, Richard says, for he knows these Connecticut bridges were built in the mid-1900s. But as he forms answers for Marianna’s questions, his mind is six hours south, in Ocean City, where May Darlington still lives. Tomorrow at this time he might even be with May, talking to her again after fourteen years.

Suddenly Allison is behind them, hair falling in front of her face, grabbing Marianna by the shoulders and yanking her away. “What are you thinking?”

Only then does Richard realize how fast the cars on the parkway shoot by, how the air rocks after each one passes. They‘d been yards away, he is about to say. Marianna had been perfectly safe. But now Marianna herself is looking at him as if he’d dangled her over a precipice while Allison turns away in disgust. “I swear men have no instincts,” she says.

Well maybe that’s true, he thinks. He doesn’t claim to know much about being a parent. Marianna has never warmed to him the way he’d thought little girls naturally did to fathers, and he feels like she probably never will. But he also knows that anytime he does try to use his instincts, Allison interrupts with an explanation about the correct way to handle things.

He opens the back door for Marianna and tries to help her buckle in, but she snatched the belt from his hands. “I can do it myself,” she says.

At this age, six, she takes her clues—how to behave, react, think—from her mother. He will have to take Allison aside, ask her to stop criticizing him in front of Marianna.