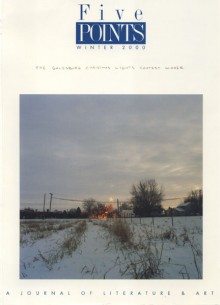 From Paul Bowles, “It really only makes sense to have ideas if you can put them down somehow so that they can be received and understood by somebody else.”

Since landscape’s insoluble,
Then loathe at last light I leave the landfall, soft and gone.
Or it leaves me.

Unlike the landscape, heavy and wan,
Sunk like a stone in the growing night,
Snuffed in the heart like a candle flame that won’t come back.

Our world is of little moment, of course, but it is our world.
Thus it behooves us to contemplate,

From time to time,

The weight of glory we should wish reset in our hearts,
About the things which are seen,

and things which are not seen,

That correspond like to like,
The stone to the dark of the earth, the flame to a star.

Those without stories are preordained to repeat them,
I saw once in the stars.

Unclear who underwrote that,

But since then I’ve seen it everywhere
I’ve looked, staggering
Noon light and night’s meridian wandering wide and the single sky.
And here it is in the meadow grass, a brutish script.

thus mojo, thus misericordia,
Old cross-work and signature, the catechism in the wind.
We tend to repeat what hurts us, things, and ghosts of things,
The actual green of summer, and summer’s half-truth.
We tend to repeat ourselves.

One longs for order and permanence,
An order as in the night sky just north of Mt Caribou,
Permanence like the seasons,

coming in, going out,

Watchman and wanderer. There’s been no cure, however, and no
Ecstasy in transcendent form, so
Don’t look for me here, incipient, now, in the artifice.

Florence is much on my mind, gold leaf and golden frame,
Infinite background of the masters—
Mayfire of green in the hills

The Arno, as Dino said, like a dithering snake,
Sad swipe of forgetfulness.
Last chance, a various universe.

A few more rising and setting suns.
Always the spike of the purple lupin, always the folded hands of the dog rose.
Childhood, gentle monk.
His eye extinguished,

No wind in the evergreens, no singer, no lament.
Summer surrounds us, and wordless, O blue cathedral.

A few more sorrowful scenes.
The waters murmur, shadows are moist in the upper meadow.
Silence wide as a wasteland through the black streets of the forest.
Over the white eyelids of the dead,

of postbelief, rising and falling near

The broken slab wood steps, now one by one, now in pairs,
Are not the dragonflies of death with their blue-black eyes.
These are the tiny ones, the stems, the phosphorescent,
Rising and falling like drowned play things.
They come and they disappear. They come back and they disappear.

Horizon-hump of pine bristles on end toward the south,
Breath-stealer, cloudless drop cloth
Of sky,
the great meadow beneath like a mirror facedown in the earth,
Accepting nothing, giving it back.
We’ll go, as Mandelstam tells us, into a growing number of time,
Insoluble, as long as a landscape as indistinct.