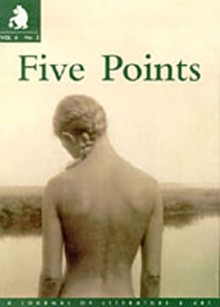 There stands Drew, another Friday night, another dusk spent waiting in the driveway for Ike to arrive. It is just past sunset, the sky yields purple to black, the fluorescent streetlights flicker on without much commitment. It is still almost a hundred degrees outside. At this moment, Drew wants nothing more than his own car.
Headlights flood the street and Drew notices his lungs opening up; there is a physical relief at Ike’s arrival. But instead it is his father bringing his little brother home from diving lessons. The Volvo pulls into the driveway; Drew moves aside. The passenger’s window rolls down and the sweetish smell of fried chicken tickles him, makes him pause a moment, as though he’s forgotten something. “I thought we were eating together tonight?” his father asks, still holding the wheel. There it is, thinks Drew, his second strike of the day.
The flood lights on the eucalyptus trees flash on and the three look toward the backyard. It gives Drew a moment to think. The trees looks ghoulish tonight, lit from below, thick leaves draped heavily over the branches. The limbs sway, although Drew feels no breeze—they are mourning, he thinks, they are trailing behind the dead. “Ike’s picking me up and then we’re headed to Brady’s house,” he says with an anger that surprises even him. His father takes a breath; Drew scuffs the pavement with his foot.
Keith offers, “Hey, Drew, I did a back dive today.”
“Yeah?” Drew asks, leaning into the car again, focusing on his little brother, still wrapped in a towel, still wearing a wet swimsuit, a bucket of steaming chicken in his lap. “What about the high dive? Are you ever going to go off the high dive?”