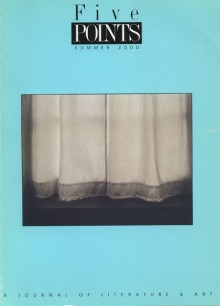 The writer Malcolm Lowry—most celebrated for his novel, Under the Volcano—wrote poetry also for much of his life. His characteristic obsessions (with fire, firewater, water, woe) inhabit the poems as well as the prose. At times his verses read like sketches for scenes in the novel, almost verbatim, a way of trying out a phrase and deciding which genre works best. The lyric impulse, the formal rhetoric and pleasure in word-play: all these are vintage Lowry and survive the shift to rhyme. Here is the final entry in his small Selected Poems: “Strange Type.”

I wrote: in the dark cavern of our birth.
The printer had it tavern, which seems better:
But herein lies the subject of our mirth,
Since on the next page death appears as dearth.
So it may be that God’s word was distraction,
Which to our strange type appears destruction,
Which is bitter.

For years I thought of this poem as quaint, a function of the printer’s devil and antiquated technology: some thick-fingered transposition of letters while the type was being set. But as anyone who reads contemporary books or newspapers can attest the “type” is scarcely a thing of the past; error attends our new technologies as often as those of the past. As Chair of the Hopwood Awards Committee at the University of Michigan, I’ve just proofread a volume—the fifth in a series—of lectures on “The Writing Life.” Each April a prominent author delivers a speech to an audience of students, many of whom have been selected as recipients of a Hopwood Award; this “Advice to the Young Writer” is thereafter published in the Michigan Quarterly Review. That magazine is meticulous and the lectures appear letter-perfect, having been proofread repeatedly; once a sufficient number of such talks have been given and printed, I collect them and call it a book. The task of editing these pages should therefore be a simple one: gather the offprints together, scan them, and, hey presto, a volume appears….
Except it’s not so simple and the scanning’s inexact. There’s an electronic imp at work with as much inventiveness as Lowry’s comic printer—who substituted “tavern” for cavern, “dearth” for death. In the page-proofs I’ve just been correcting, for example, Robert Hass speaks of “The Creek Tragedies” and Roger Rosenblatt of that contemporary American classic, “The Class Menagerie.” “Cod” is routinely invoked as our nation’s deity, and one lecture was delivered by the poet Louise Cluck. This is, as it were, an unhappy or unglücklich transposition of Glück, but the errata are not limited to a simple substitution of the letter C for G. DOS Passos looks like a tip of the typographer’s cap to Microsoft, and there’s the poet Alien Ginsberg—who might perhaps have welcomes his new name. One writer was “bounded from town to town,” and there are whole lines revised at seeming-random: the machine has a will of its own.