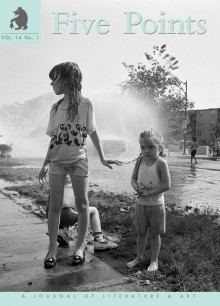 From Kim Addonizio, “The one thing I know I won’t quit is poetry.”

Guilin is on the Li River and its name means Forest of Fragrant Olive Trees, but we had only seen rivers of traffic and smelled exhaust. This city with small for China—only one-and-a-half million people—but it seems that they were all on the pedestrian street where Ben and I stood at the halfway point of our honeymoon scouring Lonely Planet for a hostel. The sun had clocked out, but the humidity stuck around, leaning its weight on our backpacks and gluing the T-shirts we had put on four days ago to our chests. A ringing in my right ear heralded a migraine.
“Can I help you?” asked a Chinese man in a blue dress shirt. He smiled shyly. “I am happy to practice my English.”
We had gotten into the habit of ignoring locals who came up to us because they usually turned out to be touts, but this man’s eyes had a thoughtfulness that was impossible to fake. It would have been wrong to let these faux guides who shadowed us for hours, the menacing ticket scalpers at the train stations, or the non-stop Hello! Hello! Hello! of tuk-tuk drivers stop us from treating this man with respect.
“We are looking for a hostel,” I said.
He asked, “Did you try the Grand Hotel?”
“We need something cheaper. Around a hundred and twenty yuan,” Ben said.
The man lowered his head to think and the neon shop lights shone in his black hair. He said, “Maybe you could try a Chinese hotel? That is, a hotel where Chinese tourists day. I can show you one.”