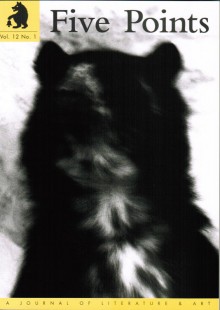 In an essay “Wild at Heart” in a book called The Poem That Changed America: “Howl” Fifty Years Later, Vivian Gornick writes:

Allen Ginsberg was born in Newark, New Jersey, in 1926 to Louis and Naomi Ginsberg; the father was a published poet, a high school teacher, and a socialist; the mother, an enchanting free spirit, a passionate communist, and a woman who lost her mental stability in her thirties (ultimately she was placed in an institution and lobotomized). Allen and his brother grew up inside a chaotic mixture of striving respectability, left-wing bohemianism, and certifiable madness in the living room. It all felt large to the complicated, oversensitive boy who, discovering that he lusted after boys, began to feel mad himself and, like his paranoid parents, threatened by, yet defiant of, the America beyond the front door.
None of this accounts for Allen Ginsberg; it only describes the raw material that, when time was right, would convert into a poetic vision of mythic proportion that merged brilliantly with its moment: the complicated aftermath of the Second World War…

Let’s look at this. The first paragraph is a detailed list of the specifics of Allen Ginsberg’s early life. Yes, he was born in Newark; yes, yes, his father was what Gornick says he was and his mother is described aptly. It is true he was inclined to love boys when he was young. But then the stunning line: “None of this accounts for Allen Ginsberg.” Huh? I thought in writing we build up the details and create a picture of who we are? This is exactly the problematic trick.