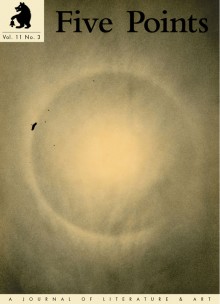 Sidney Burris
Pym, M., and Me

I once worked with a psychological counselor for several months, hoping to address some of those old personal problems whose longevity alone made the task a formidable one. I’m one of those people who believe that longstanding adversaries have a way of sharpening your character, defining you in ways that the random, easily dismissed irritation doesn’t. So it has occurred to me that maybe I didn’t want to solve these problems. My counselor, whom I’ll call Bonnie because she looked and dressed like Bonnie Raitt, gently encouraged me over the course of my time with her to write my father a long letter. I wanted to do it, but I couldn’t get started. I became very sad when I thought about what I might say, and I ended up continually returning to a passage from Barbara Pym’s journal: “I am a wretched melancholy creature when I would like to be noble and strong and very intelligent. I lie in a hot bath brooding about G. (yes I still do in spite of putting him right out of my life) when I ought to be thinking about the Metaphysicals in a scholarly was or planning a great comic novel.” G . . . It’s not just about anonymity. It’s a typographical way to control an obsession—abbreviate it.
I’ve been brooding a lot recently when I ought to have been thinking about my father and the letter I want to write to him. Not exactly fretting over the Metaphysicals, I know. But Pym’s right. Most of the time, we aren’t noble and strong and intelligent, and we can’t think for long about the Metaphysicals, or plan a great comic novel, or write the major letter. Stuff gets in the way—like brooding and being melancholy. Which in turn shows that those old personal problems haven’t gone anywhere.