Featured Poem: The Voices in My Head by Kim Addonizio

Kim Addonizio The Voices in My Head God is a mental doll, the first one says. Another says, what is that, a doll in the mind [...]

Medbh McGuckian Snapdragon It may be described as everybody’s flower, Like an ordinary rose, choosing cloudy Weather, quite unaffected by the rain, Sunproof, with golden lip [...]

Billy Collins The Meatball Department   There is no such thing as a meatball department as far as anyone knows. No helpful clerk as ever answered [...] 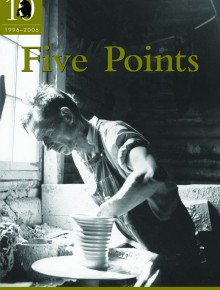 FP Adam Zagajewski Shimmering among boulders, deep blue at noon, ominous when summoned by the west wind, but calm at night, inclined to make amends. Tireless [...]