Confab with a Contributor: Lauren Groff 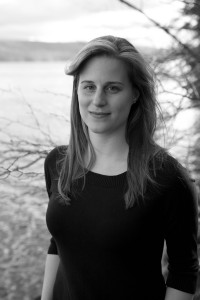 1) “Good People,” featured in Vol. 16, No. 2, is about a wife coming to terms with her husband and son  and the losses they make her face. “At the Round Earth’s Imagined Corners,” featured in Vol. 15 , No. 1 &2 and The Best American Short Stories 2014, edited by Jennifer Egan, is a meditation, through one boy’s life, on man’s essential vulnerability and his longing for connection and safety. “Amish in a Time of War,” featured in Vol. 12, No. 1, chronicles a love affair between caring and indifference. Can you tell us how you came to write each story?
I wish I could tell you how I came to write each story, but the real sources of all of these exist in a sort of nebulous muddle of personal life and reading and untraceable emotion. The truth is, I sometimes live with a story in my head for years until it makes itself so powerfully known that I can’t write anything but the story. It’s much better, this way, than forcing an immature story onto the page and thereby exposing it to the elements.

2) How do you find your titles and characters names?
I wish I knew. I faff about for months, mostly, until the choices seem obvious. That said, I believe that all characters and stories should have temporary names until you find the right ones. Naming is one of the most powerful things we can do. And writers incompletely commit to stories until they use their power to name.

3) Food and cooking is such an integral part of “Good People.” Do you think the main character who cooks for her husband and son sees food as healing? Or something else?
I think the poor main character is doing her best to stay busy and care for the people around her while ferociously pushing aside thoughts of the worst possible thing that could happen. Baking is a comforting act and the smell of baking bread carries, for me,  a profound sense of maternal love.

4) What was your process for writing “At the Round Earth’s Imagined Corners;” and how did you go about revising it?
I’d tried to write this story for years, but had failed over and over again. At last, one day I remembered a story that my Floridian father-in-law told me about how he kept snakes in the chicken coop out back when he was a kid, and for some reason, the snakes made the story go on its own steam. I try to write the first draft of every short story in longhand, in one sitting, and this story was no exception. And then there were endless revisions. I rewrite most things that I write anywhere from three to eight times in longhand, and then, because my handwriting is so terrible, converting the text from handwriting to the computer is an act of faith and transliteration, in which many things get changed because I have no idea what I’d originally said. Then I run stories by my trusted readers, and incorporate their ideas or not, and voila. Writing is joyous but it is also hard work.

5) Hannah, the main characters in “Amish in a Time of War” goes to Amish country in search of purity and, instead, finds a great corruption in her heart for her boyfriend Charlie. The Amish culture is always fascinating, but what exactly drew you to set the story here? Does the restaurant in the story ‘AMISH SMORGASBOARD’ really exist?
This story came from life and was massively modified, of course. My husband and I, when he was a mere boyfriend, spent a New Year’s Eve in a bed and breakfast in Lancaster County, which was in retrospect not the best choice. We ate lots of starches, wandered around the cold countryside and were asleep by 10:00 pm. We woke up at midnight because someone shot a gun into the air down the street. Probably not an Amish person, but who knows.
Yes the restaurant exists! It’s the best. From what I recall, it was all different pickled vegetables, four separate flavors of applesauce and dumplings. Lots of silent Amish/Mennonite families eating.

6) You also write novels also. Which medium do you prefer?
They’re as different to me–and as differently beloved–as my two sons, and I’d never express a preference out loud.

8) A novel, short story or poem you believe should be mandatory reading?
I don’t believe in mandatory reading. That said, I think the world would benefit from deepened engagement with classic stories and storytelling forms-—I’m thinking, here, of fairy tales and ghost stories and The Odyssey and Iliad, the foundational stories of the Judeo-Christian bible, The Decameron and A Thousand And One Nights. And fiction writers, in particular, should probably read much more poetry than they do.

10) Is there any classic novel you wished you’d pushed through in your teens?
I had an autodidact’s spotty classical education, which may be the best way to read when you’re a teen. I stumbled upon so much great work, mostly foxed and silverfished at a library sale, and read, at the same time, some pretty trashy serialized novels. I  loved and learned from everything. I have no regrets about reading when I was a teen. I could have saved some time had someone drawn up a list, true, but I think in terms of molding a fiction-writer’s life, where the dream-time is as important as the rear-in-the-chair time, a more random, heart-based reading program was exactly right.

11) What short story or short story writer has had the most influence on your work?
I return to Anton Chekhov over and over and over again. That said, my list of influences is enormous and includes: Alice Munro, Deborah Eisenberg, Grace Paley, Tillie Olsen, William Maxwell, Lars Gustaffson, Guy de Maupassant, George Saunders, Lorrie Moore, Mavis Gallant, and about a thousand others.

12) What role do you think literary journals play today in writer’s life, as well as in the overall conversation about books and reading?
Literary journals have an enormous and necessary role in the writer’s life: they are where we find our best, most avid audiences, they give us flashes of hope during the long dark years of apprenticeship and composition, and they are our playgrounds, where we can test out ideas and techniques and see how they fly. Readers who really want to know the pulse of contemporary fiction read as widely in literary journals as possible; really great readers are consumers of a few journals, big and small. As both a writer and crazed reader, I’m grateful that they exist.