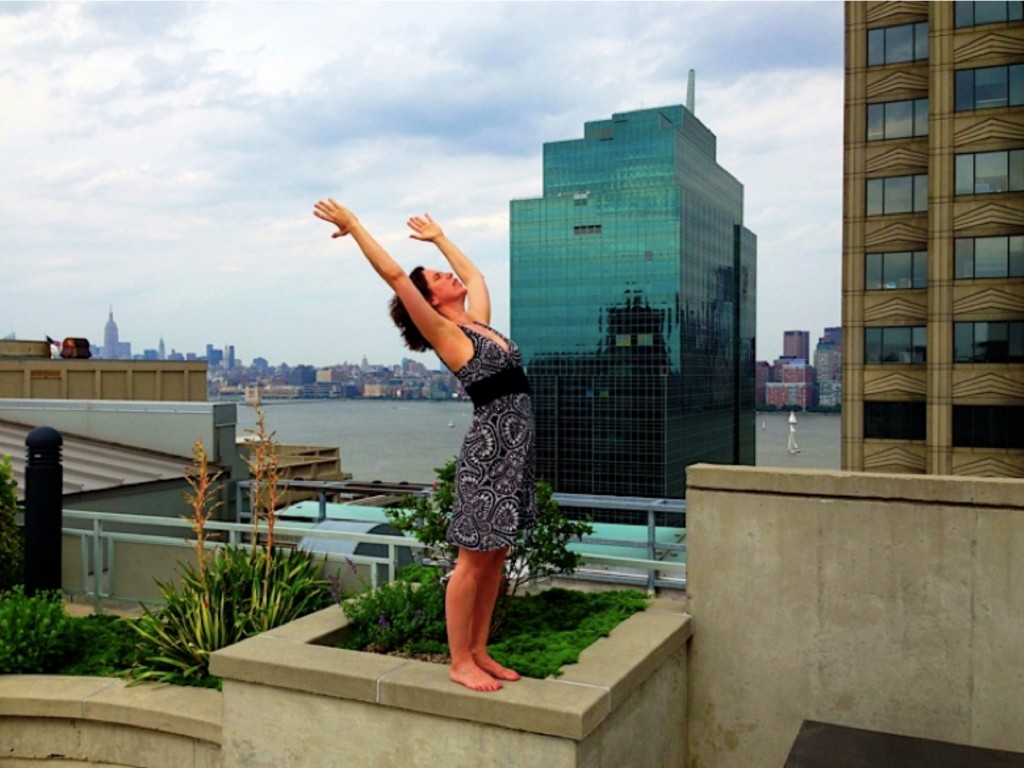 Photo of the author

I sometimes find writing about the asanas (poses or postures) perplexing because there’s an ineffable quality in the practice, one that feels pre-linguistic. The feeling takes me back to being on a swing when I was young, rising higher and higher. A freedom balanced by the tension of holding the rope, determining the speed and height of the ascent and descent with your leg power, and the gradual slowing down to a stop.

Yoga is a great swing. Bound by gravity and rectangled off by the mat, we experience an amazing number of movements and flight, we flow between them. The mat is a poem of sorts—a long, thin, unpunctuated Merwinesque poem where meaning shifts in the enjambment. One moment we are in a standing split, with one leg high in the air and hands on the ground, then we shift the lifted hip open, stacking it on top of the rooted one and lift the arm of the same side to come into half moon pose… We were facing down, finding ground on one leg, and now we are lifting and opening to the side, further challenging the stability as we gaze skyward.

Writing a poem is like designing a yoga class as you decide what kind of arc you want, which poses to hold, when to flow, and so on. But, as mentioned above, it’s the shifting from one to pose to another that is most resonant for me as a writer and a mover. Part of this has to do with the frequent return to Downward Facing Dog pose. The pose is often used to build heat at the beginning of class but then becomes a place to return to actively cool down. It is the pose that completes the sun salutation cycle, which is itself like a poem. When we rise up in the salute, I tell my younger students, “Reach for the sky and pull some sun rays down into your hearts.” We flow through the shapes and return to Downward Dog, looking at the past upside down through our legs! Let’s face it – it’s fun turning yourself into a tunnel, inverting the order of things. It’s what happens when our writing is going well—that element of surprise, that light or dark rebellion of looking at things from a new vantage point:

Here I am again, in my dog—

upside down, igniting energetic light,
like a child barking in the pose.

Here I am—late-blossomed yogi, finding the body’s levers,
so many rough transitions—
I lunge forward and come back,

press up and back down,
breathing, rolling forward towards
length and strength,
planking smoothly to the ground
and up again to inversion,
suspension of wants—I am held—

in the V of life, quietly barking. 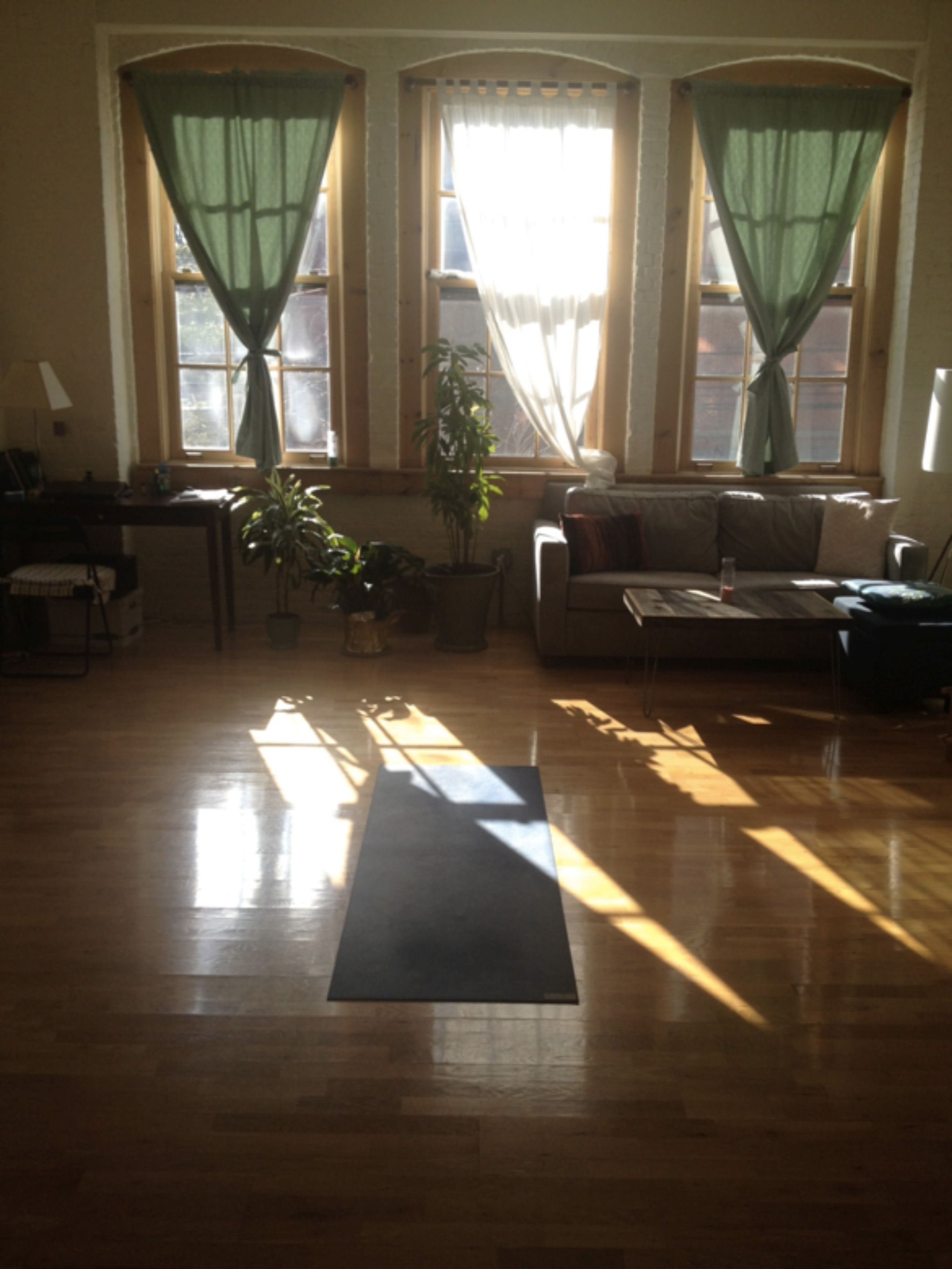 Photo of the Author’s Yoga Space

Much has been written about the transformative quality of yoga, how it brings a practitioner into a greater, deeper experience of themselves. Part of this has to do with the subtle psychological effects of climbing inside the different personas that the poses offer. We are warriors, moons, trees, snakes, suns…mountains. Abstract and specific, we can locate ourselves among them. In short, we play in a universe on our mats, one we create again and again. An example of one of my favorite shifts, one that I feel speaks to me as a writer: When moving from Warrior 2 to Peaceful (or Reverse) Triangle, the front leg straightens, the arms flow up and back, one after another, and the gaze travels to the sky. In Warrior 2 we are looking straight on, proud, rooted and then we unfurl, while still rooted, rolling up towards the heavens, cultivating a pose of devotion to the greatness within and around us.

Kathleen Kraft’s poems have appeared in Anderbo, Gargoyle, Pirene’s Fountain, and other journals, and have been nominated twice for the Pushcart Prize. She lives in Jersey City, New Jersey, where she teaches writing, yoga, and creative movement to adults and children. She is working on a book on writing and yoga. (www.kathleenyoga.com)

Her poem “Sometimes Late in the Evening” appears in Five Points Vol. 15, No. 3.