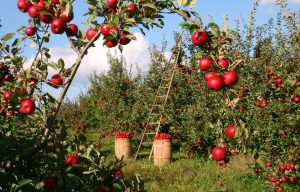 Basil Bunting, a British modern poet, warned that an author who collects poems screws together the boards in one’s coffin. Putting together a selected or collected work can be complex. Many poets revise. Sometimes, past mistakes are corrected or one version is selected over multiple variants. Sometimes, revisiting and combining poems in out-of-print collections into a single new volume can help deliver author’s poems to new audiences.

A book seems to me the noblest, wisest, and the highest flower of poetry, eloquence, and truth, the most powerful expression of life upon this earth. Sometimes, one who has toiled with wisdom and knowledge and skill must leave all to be enjoyed by another who did not toil for it. Here, I am sampling the American novelist Thomas Wolfe’s words on Ecclesiastes, who himself was sampling Ecclesiastes:  “. . . all my labor which I had taken under the sun. . . I shall leave to whoever shall be after me. And who knoweth whether that person shall be wise or foolish?” (Ecclesiastes 2:18-19)  Wisdom, knowledge, and joy may all fall to foolishness. But “There is nothing better, than that one should eat and drink, and should make one’s soul enjoy the good in one’s labor.” (2:24)

Each fall I like to give two particular poems a fresh re-read: John Keats’ “This Living Hand” and Ben Belitt’s “This Scribe, My Hand.” Selecting, like writing—like Momento mori, itself, is a living activity of reflection. Ahead, others will have to rise to gleaning in the Complete Works. Complete is posthumous. Death, like the period at the end of the sentence, is the determination of final form.

In past years, I have wandered through volumes of “selected” poems of some of my favorites: Ben Belitt’s “Possessions” (1986 . . . even though ahead there would the complete works in 1998), Karen Swenson’s “A Daughter’s Latitude” (1999), Richard Howard’s “Inner Voices” (2004), J.D. McClatchy’s “Plundered Hearts” (2016, appropriately, it was a February release), and Marie Ponsot: Collected Poems (2016, later, in August; that same year that Sandy’s was issued).

For last words on the subject, impossible to do better than John Keats’ “To Autumn”: “Like a gleaner . . . Thou watchest the last oozings hours by hours. Where are the songs of spring?”