Connecting with Alice Hoffman’s “In Pieces” 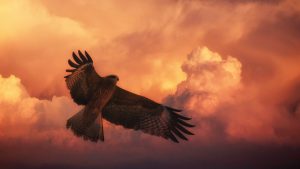 “In Pieces” by Alice Hoffman, first published in Five Points Volume. 18, number 1, is so full of raw empowerment, it is astounding. Hoffman’s story is about a woman who is killed by the man she had lived and had children with. He destroys her and leaves her scattered in the forest, but she pulls herself back together, stitching herself with black thread. Not the same as she was before, and not as whole, but stronger:

“I didn’t believe in revenge until the moment when the axe was raised against me. I didn’t know how hot my blood would be. Now it was burning. When I was together again I was a flame.”

I read this story as a metaphor for abuse. One can be torn apart so completely by someone who you were vulnerable with and perhaps even loved, whether physically or emotionally. Just like in this story, there are times where it seems almost okay. In Hoffman’s story the narrator says that she was ugly and unattractive and the man wouldn’t be blamed for what he’d done to her. That feels extremely relevant in the topic of abuse. Especially when the wounds are hidden, the abuser likely won’t face adequate consequences for their actions. That is why it’s so refreshing to see the ending, where this victim has put herself back together and returned for revenge.

I love that it ends on such an awe inspiring scene of the abuser being faced by a strong and beautiful woman who has returned from the dead to exact her revenge. Reading this, I can see the fear in his eyes, and I love it:

“Once you do you’ll know how vengeance feels: like a hawk in the sky with two fingers in its beak, like a wave that can only go forward, like the terror of someone who knows there aren’t any ghosts, only a woman who returns, who sews herself together with black thread, who knows where the axe is kept.”

This piece is so powerful, and the images and magical realism only add further to that effect. Hoffman filled this short piece with so much raw emotion and power that it forces the discourse of  “forgive and forget” to halt in its tracks.

Anna Cuthrell is studying English with a concentration in Creative Writing at Georgia State University.

RELATED POSTS:
• Connecting with Brian Kiteley’s “Dr. Black”
• Connecting with Stefanie Freele’s “People Who Sit in the Car While Someone Else Runs In”
• Behold the Book: Alice Hoffman’s The Rules of Magic
• Love, Loneliness, and the “Monday Girl”

RELATED POSTS:
• Connecting with Brian Kiteley’s “Dr. Black”
• Connecting with Stefanie Freele’s “People Who Sit in the Car While Someone Else Runs In”
• Behold the Book: Alice Hoffman’s The Rules of Magic
• Love, Loneliness, and the “Monday Girl”