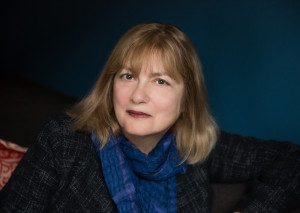 Alice Hoffman’s newly published The Rules of Magic is currently number 5 on the New York Times bestseller list. A prequel to her highly acclaimed Practical Magic, the novel follows the lives of the Owens siblings and situates them in the radical times of Greenwich Village during the 1960s.

Megan Sexton: This novel was different for you because you had to end at the beginning of the original novel.

Alice Hoffman: I had to think about the future without letting it totally impact the book, without letting it change it, but I knew what I was writing. I knew what the end was. I knew there were certain things, the history of certain characters, I had to stay true to. So that made it a little bit more difficult, but I at least I knew where I was going. It was just an interesting process. It was really different.

Megan Sexton: I am curious, even though this beginning was a little bit different for you, if you still followed your typical process of outlining.

Alice Hoffman: Yes, I always do outlines, and then I make up storyboards, and then it changes. It keeps changing and morphing and becoming something different, but at least at the beginning I think I know where I am going.

Megan Sexton: You have dealt with the ancient past and not-so-distant past before in your work, but this novel deals with a historical moment you actually lived through.

Alice Hoffman: It does, but I still had to do research. I was so shocked about how much had happened over that period of time; I felt like every day back then major history was being made. So I put it all in, and then I took it all out because it just was kind of stopping the flow of the novel. I felt like it was becoming a history and not a novel, so I focused on the historical aspects of the period that directly affected my characters.

Megan Sexton: It enabled you to revisit one of your beloved places, Greenwich Village.

Alice Hoffman: Right, I spent a lot of time there when I was a kid, but of course I didn’t know anything about the history. So that was interesting to me. That was brand new.

Megan Sexton: It’s great you are capturing its history now because more and more the history of the Village is becoming effaced by commercialization . . . CBGB’s is a boutique now. Is that indicative of what’s happened to the Village?

Alice Hoffman: Yes, NYU has taken over the Village, but there still is the feeling there. When I took walks around to check all the places I was writing about, I felt like I was kind of time traveling because some of those places are still there or I know where they were. It was an incredible time period; I could write about it again and again. So much happened.

Alice Hoffman: Right, in so many ways. I think there are certain echoes now of things that happened then happening again and of the way that younger people feel today and the way we felt back then. There are some similarities.

Megan Sexton: I was wondering if you could talk about your process and your relationship with your editor and agent—how they are part of your process and how you rely on them as you’re navigating the work through to the end of a novel.

Alice Hoffman: I think that people who aren’t writers, or people just beginning to write, may think that you don’t write and rewrite a book and change it. But characters fall away and plot changes. Work changes, and I think you need to be open to that, open to cutting things that you like—that can be difficult. I worked in Hollywood for 25 years, so I had to take notes from people, and I had to be open to it or else I wasn’t going to be on the project. I think with editors and agents you have to really trust them, and if you don’t trust them, it’s hard to listen to them. You have to be open to listening to them too.

Alice Hoffman: Definitely, I think The Rules of Magic would be a great series.

Megan Sexton: Well, I look forward to it! 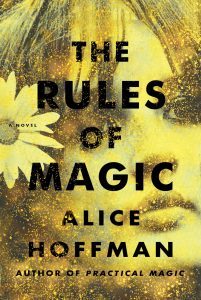 Alice Hoffman: Me too!

Alice Hoffman has written over thirty works of fiction, including The Rules of Magic, The Marriage of Opposites, Practical Magic, the Oprah’s Book Club selection Here on Earth, The Museum of Extraordinary Things, and The Dovekeepers. She lives near Boston. Her story “In Pieces” appears in Vol. 18, no. 1. Visit her at: http://www.alicehoffman.com