Connecting with Berwyn Moore’s “The Space Between 4:00 a.m.” 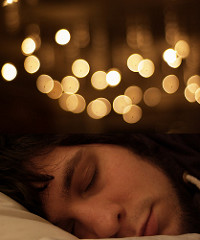 In “The Space Between 4:00 a.m.” by Berwyn Moore, first published in Five Points Volume 17, number 2, the narrator in the poem seems to wrestle with over-analyzation or over-contemplation—something I myself struggle with and can relate to on a frightening level. The narrator has a tendency to reminisce about memories of days past and tosses back and forth the idea, “if only. . .this or that would’ve happened.” This poem is so incredibly intimate and personal because it hits a nerve that is oftentimes most apparent when we are lying awake in the wee hours of the night; when we are alone, and all we have is our thoughts. Personally, I feel like it’s these times when we are most attuned to our psyche and what makes us tick. And for the narrator, they long for the past. They wrestle with the ‘what-ifs’ and ‘what-could-have-beens,’ all the while unhealthily lingering. This tendency or habit becomes especially apparent when this character is alone in their inner world of thought.

I find it funny and also scarily relatable that when the narrator says in the lines, ” . . .But hurry. Soon it will be too late”— they are immediately creating this fictional scenario in their head that has the potential to play out in a number of ways, and it can be molded or shaped as the dreamer or imaginer wishes. With the previously mentioned line, it’s almost as if the narrator thinks it’s still not too late to prevent something from happening in order to change the outcome of an event—even though it has already happened, and is long past. Even though the narrator is aware of this, they choose to be stuck in time. Even with the line, “Now she has heard your summons. . .” I feel as if the narrator is reaching out to a significant figure in their life and expecting them to play along or respond in the desired way. There’s something so realistic about that in the way that I feel like we are all guilty of doing things like this. It gives a raw, honest look at how humans, in all their irrationality, are these hopeful and sentimental beings and are always contemplating what could be or what could have been. They never stop to relish in the present or what’s happening in the moment; they long for the impossible—what they cannot have or do not know yet. In a way, I think it makes us feel perceptive and thoughtful, and we use that excuse to justify the worry and endless obsession with what’s out of our reach.

Ultimately, it’s this descent into our crazed obsessions or ability to get so wrapped up in our one-sided dreams that leave us feeling isolated. However, for someone who naturally just overthinks, the narrator can’t stop. They almost like wallowing in their misery and aimlessly conceptualizing the possibilities they know they’ll never even try to put into action. The line, “the squabbles that feed you, like gristle and sour wine, the discordant hum” only testify to the fact that all these conversations and happenings are only fueling this dangerously unhealthy behavior, and especially considering the last part, “the discordant hum,” because it tells the reader that the narrator has wishes or ideals that are one-sided and conflict with those of the individual that they are pursuing/calling out to in the scenario. It means without action, the narrator’s dreams are just that— dreams. And to be quite frank, lies.

I thoroughly enjoyed this piece and could relate to the whole psychology of just how deep one can go when one has time to consider their thoughts in the waking hours of the night, as well as contemplating what can happen in the past before a fixed, present time. The title of this piece is very fitting in that regard. The poet’s use of language when describing the girl gives off a very nostalgic feeling that I can definitely relate to and can tend to get caught up in. Overall, I thought this piece was quite intuitive and well done, and I look forward to reading more from the poet.

Sara Prescott is a senior at Georgia State University pursuing a bachelor’s degree in English with a concentration in Rhetoric and Composition. She wishes to work in the editing/publishing field either for a magazine, newspaper, or book publishing house.