Home » Blog » Connecting with Paul Lisicky’s “The Boy and His Mother Are Stuck!”

Connecting with Paul Lisicky’s “The Boy and His Mother Are Stuck!” 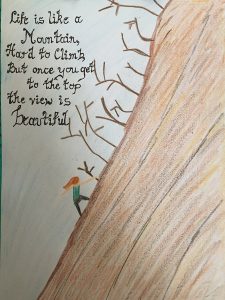 Sometimes, we find in life that lemons are just that, lemons. The jug in which you prepared to catch the water raining down on you has a crack, the sugar you tucked away is found crawling with ants, and when you sit down to think about it, you weren’t in the mood for lemonade to begin with. Of course, such an outlook, if you’re lucky, as I have been, is fleeting. This brings me to an enjoyable short story that I had the pleasure of being caught by, “The Boy and His Mother Are Stuck!,” by Paul Lisicky, which was first published in Five Points Volume 12, number 1.

Beyond my admiration of skilled short story writer’s and their ability to utilize a short amount of space to create a long-lasting impact, is the ability of a writer to not only provoke my thoughts after the story has ended, but to create a story that is relatable. Paul Lisicky achieved both of these criteria. “The Boy and His Mother Are Stuck!” is only two pages long, but it evoked in me a sense of uncertainty that resides in the cupboards of my mind, as a result of a period from my youth that surrounded my mother’s divorce and her efforts to make heads or tails of it. It is not often that a story so easily mirrors an experience for me, but this one did. Beyond the ease with which I related to the story was the story’s presentation, imagery, and longevity in its considerations.

Lisicky chose to present the story with a second-person point of view. Of course, the second-person—abhorred by many grade school teachers—is a challenging point of view to utilize. Nonetheless, Paul was able to incorporate a tone that was immediate and disarming enough to engage me, and before I knew it, I was in the story and off on a journey with its characters. And with finesse the journey revealed imagery that intrigued and begged to be followed. Take for example this line from the first paragraph: “I wept and wept, careful to match my sobs to hers, careful not to outpace her in her misery.” The sentiment behind such a line is so peculiar, but when considered as a thought of a small boy and his efforts to share in the hardships of his mother, to share in a moment that most people would rather not share, I couldn’t help but find the peculiarity enjoyable and unique. Fortunately, the story does not remain bleak, but simply shares with the reader a moment in time that was bleak, which alludes to the light that follows and the strength of endurance. Such a message, though brought about with a light touch, was more engaging than the relatability of the scene. It reminded me that throughout life there will be many moments that weaken our knees and cause us to ask for a moment to clear our minds before we can continue along our paths. Still, with a bit of endurance, we will make it down our intended path, whether we quench our thirst with lemonade or not.

Kurt Forbes is an undergraduate in Georgia State University’s Creative Writing Program with aspirations of continuing to graduate school to study education.

Special thanks to Heenakousar27 and Wikimedia Commons for the photo: Life, Hardship, and Success.