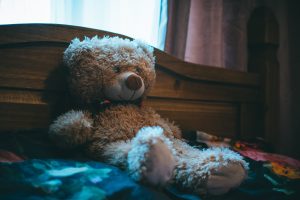 To wake up in the morning and open two eyes, or maybe one eye first, just to test the water, just to make sure everything’s okay, and then the second eye soon after, and to look around and know that everything last night is still as it was, and that there’s a new day ahead, should feel refreshing. To look outside and see a steady drizzle or the dark blue of pre-dawn or the blinding sun of a late morning and know that there isn’t anything wrong with the world for just being there should be a given.

To understand that there’s a heartbeat or two just around the corner, and that in between that heartbeat or two is a bunch of heartbeats all laid out to connect from the most recent heartbeat, the one that just happened, just a second ago, shouldn’t cross anyone’s mind.

Not so in “Apocalypso,” an untitled short story first published in Five Points Volume 17, number 3:

They said our world will end today, but then, this morning, I woke up with a lamp in my heart and an eye on my face. There is only you, glossy new moment, to shine.

Our world will end on such and such a day, but you also can’t sleep, and we can’t not sleep. We don’t have sex, but we can’t not have sex— our lengthening race of races depends upon it. We can’t not eat, forget that wanton murderousness of food. And some people don’t even dance?

What is “Apocalypso” saying? The world’s gonna end someday. It ended this morning, they said it would, but it didn’t and then there’s a bunch of stuff to do:

Our world will end someday, but all I do is play martini in the local symphony, and relish the beat and gasp of language as it passes away. Sip, and save the olive. We privileged here say words as though they were not terminal syllables. I am the “um” in “numb.”

Or is there a bunch of stuff to do? Should there be things to do or should the narrator be more concerned with the world probably ending? Consider:

O glossy new moment, let’s reorient to the sound of what beckons in darkness. It’s calling roll. If I ever answer I shall answer at a pace I’ve learned from watching shade avoid the light: that tree shadow saunter, never slower nor faster. Branches extended, in this glaring incandescence with strategic patience.

Consider waking up in the morning after the world has ended and being alone and looking at something and realize that you’re a moment. And after that moment’s gone, realize that there’s probably another moment hanging around, waiting to be had. And then, if you’re so lucky, a bunch more moments also hanging around, also waiting, also able to be utilized.