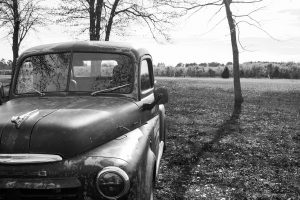 Sometimes in our childhood, we have the feeling we are witnessing someone else’s story. A story that is hard to comprehend, and sometimes, a story we may not enjoy to see. But no matter what you do, you’re not a character. You have no control over what happens. You’re, after all, a child. It isn’t your job to fix people or change their lives or write a happy ending. What we can be are narrators. We can use our visions and memories to bring someone’s struggles and dilemmas to life and make it mean something significant. These stories we witness can be from anyone, but most of the time it’s from our family, specifically our parents. Often, we children only view one side of our parents, usually the parental side.

A lot of the time, we never view what happens behind the scenes of what our parents go through to raise us and the sacrifices that are often made. Whether it’s our parents financial status, emotional stability, or even relationship with their spouse. For some of us, we are aware of our parent’s struggle, but we just don’t know how to deal with them. As I previously said, it isn’t our job.

This dilemma cannot be better described than in Brad Wetherell’s essay, “Snafu,” first published in Five Points Vol. 18, no. 3. In “Snafu” Wetherfell’s recounts his youth, specifically the relationship he shared with his mother and a mysterious individual named Susan.

He begins remembering the time his mother had spinal meningitis and was rushed to the hospital by EMTs. This event was during a time when Wetherell was a young adult living with his girlfriend and no longer with his mother. He grotesquely describes what happened when his mother’s boss found her paralyzed on the floor:

Her pants halfway down, soiled where her shit hadn’t spilled onto the floor. She was unable to speak, unable to tell the EMT what happened…

It’s almost as if Wetherfell’s mother suddenly lost all of her independence and responsibilities, and for the first time ever she was taken care of. He then uses this moment to recall his childhood with his mother.

At times, he felt responsible for his father’s infidelities and separation. A problem no child can control. Over time, Wetherell’s mother starts landscaping full-time to support her children. At some point in hiss childhood, he met his mother’s friend, Susan, who would move in with them for several months.

Susan can best be described as a somewhat odd and disconnected individual, but ridiculously intriguing. She was a business partner to Wetherell’s mother, and can be described as “lost.” Reading Wetherell’s description of Susan and her mysterious relationship with his mother had me wanting more, but like what happened in Wetherell’s life, she disappeared seemingly without warning. His last memory of Susan was witnessing her kiss his mother, implying there was a secret romantic relationship between them.

Wetherell blames himself for Susan disappearance but acknowledges that Susan’s relationship with his mother was one he could not comprehend. His last story about Susan was when she saved Wetherell’s brother from drowning.

The sudden rush of irony I received when I realized it took Wetherell’s mother to be hospitalized and incapable of doing anything she has done all her life made Wetherell acknowledge his mother’s tale and the role he played in it. He ends his essay with a topic I agree on. There are no happy endings since everyone’s life always leads to their death, no matter how glamorous or dreadful their life may have been. But by using our voice and our writing we can keep these stories alive and meaningful. Perhaps, sometimes our stories are fabricated or jumbled up and corrupted by the endless memories and experiences we have in our lives, but moments such as Susan kissing Wetherell’s mother or Susan saving Wetherell’s brother are stories that can can be looked back on with gratitude and wonder.

Ashlin Gopichund is currently pursuing a degree in English with a concentration in Literature from Georgia State University with hopes of becoming a successful author.