Home » Blog » Connecting with Jennifer Haigh’s “In Spite of Everything”

Connecting with Jennifer Haigh’s “In Spite of Everything” 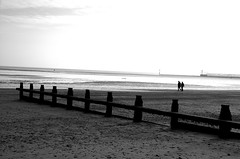 Trying to make your voice heard is hard, especially when the people around you don’t want to hear what you have to say. This caught my attention because it’s on a subject so familiar. I didn’t grow up in a small town, but I know the feeling of being trapped by expectations and not having people listen to you.

Jennifer Haigh’s short story in the Vol. 17, no. 2  issue of Five Points “In Spite of Everything” expresses that feeling of being invisible in the face of other people’s expectations. Haigh’s narrator, Janet, describes what it’s like to live in a small town, trapped by her position in life and the people around her. Her narration is not just an isolated incident within her community, it’s a history of everyone just ignoring her and giving Janet the label of black sheep. The people in your life are the community that pushes you forward or keeps you trapped. I think that we all find ourselves stuck in a place because we are concerned about what people think about us and what people think about us prevents us from moving forward.

Through Janet’s description we get an unpleasant but direct description of her mother, sister, and her town. Communities can tear certain people down and hold up others, and it’s apparent with the difference between Janet and her sister. The sister’s relationship, which barely exists, is not built on sisterly affection or unity against a childhood authority figure. Doreen and her young daughter are the center of their mother’s attention. Doreen doesn’t hoard their mother’s affection. But as she’s blissfully accepting her mother’s affection, there’s no concern for her sister or sisterly attention at all. One is simply, in the eyes of the mother and everyone else, better.

Haigh’s story isn’t simple. It’s not just Janet’s view of herself or her failing relationship with her mother and sister. She’s angry, stuck, and no one is listening to her. Not being understood is a familiar feeling, but what stands out even more is the evidence that you’re not and it’s on purpose. When Janet says “Of course she knows. I learned a long time ago that Connie is stupid only when it suits her. She can turn it on and off at will.” it’s an incredibly familiar and relatable feeling. Janet knows that she’s being ignored; it’s something that happened constantly throughout her life. As angry as she gets about it, even to the point of mixing up her words, nothing changes.

We’ve all come across someone that has played dumb when they feel it’s convenient for them to not engage. I feel that this story is an honest look at relationships. Our family members, the people closest to us have the greatest effect on who we become as we develop. Sometimes they push us in the right direction. Other times, like with Janet, they make mistakes and then don’t care. Trying to break out of the role that you’ve been in, voluntarily or involuntarily, is hard. Sometimes because people don’t want to see anything different. Sometimes, because they don’t care.

Imani Benjamin is currently pursuing an English degree at Georgia State University with a minor in Film and aspires to work within the community of editing and publishing.