Connecting with “Foreboding” by Alissa Nutting 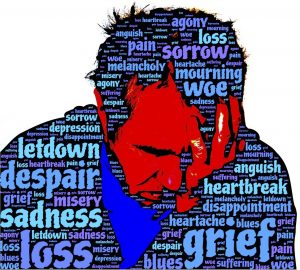 Grief makes us different people. There is a clarity and thoughtfulness that is based in the loss of someone or something dear to you. You begin to think of the world around you and how your life will now be, sans the significance of the thing or person that you held dear. You begin to explore the possibilities that could have occurred, if it was never there at all.

Alissa Nutting’s story “Forboding,” first published in Five Points, Vol. 18, No. 3,  places us face to face with this raw form of sadness as she explores the choices that her character makes after she has lost her dog. We are taken on a grief-ridden journey that extrapolates her alleged experiences that led further and further down a path of regret and pain.

Nutting starts this catalog of possible motives and succinctly ushers us into her world of base decisions:

You cheated on your husband. Because your dog died, maybe. Maybe you were fleeing grief. Grief was chasing you. Maybe you needed an obstacle. To throw in grief’s path. To slow it down. Like a felled tree. Except, a naked man. You found your grief to be very Invasion of the Body Snatchers. In terms of your marriage. Maybe your grief replaced your husband. With a human-sized mirror of your own pain. In a way that made nudity uncomfortable.

The main character obviously feels too known by her husband in a way that makes her hurt. More than that, he seems to disregard her suffering and acts like it’s just not happening. So she cheats to alienate her feelings and herself, because her grief is too familiar.

The concept of running away from oneself is one that has been explored many times and in many different ways. Nutting’s main character packs up her dog’s carcass and totes it along as she leaves in a flimsy attempt to bury it, only to find herself in a hotel that she’d previously found interesting, placing her dog in the jacuzzi on ice and moving to drink at the bar as another attempt to calm herself. When she  meets a man, they move up to her room, where her detached infidelity happens:

In the fancy bed, the man noted your goosebumps. Maybe you wondered about the wrongness of your preference. Why his assumption that you were enjoying yourself was a relief. Maybe you appreciated this break from sadness so much that later, when he got up to use the bathroom, you forgot to remind himont to turn on the light. Maybe the the light came on he screamed. ‘Foreboding’ is perhaps a term. For how he felt when he saw it. By the time you got out of bed to explain, he was gone. Maybe he panicked about your intentions. For your dog’s body, or his own.

The climax of the story is essentially the catalyst for her sense of propriety and return to self. All of her self-destructiveness is suddenly reconsidered and regretted. The maybes never slow down, however. It seems as if she deliberately disconnects from the things that she has done. There is no accountability, because she wasn’t herself when she did those things. Because grief can make you into a completely different person.

Jasmine Marks is a current graduate from Georgia State University. Her literary hero is J.K. Rowling. While writing is her first love, she would like to one day become the owner of her own publishing firm.