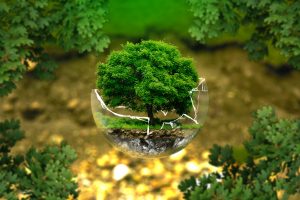 There’s something I have in common with “Easeful Death,” featured in Five Points, Vol 11, no.3.  An ugly feeling, one that lurks in the backseat of my brain and whispers, “wouldn’t it be nice to let it all go? The stress. The anxiety.”  Many times I wanted to, have said, and held back that yes it would in agreement. Maybe it would have been better to lay down and forget what worries me into breakdowns. I could perhaps stop in the middle of an anxiety attack and sit myself down, roll over calmly, and play dead. Let me be like this forever. But I cannot, even for just a little longer. I’ve done more than enough time in my secluded, deluded, and perverse inability to act. So to Kim Addonizio, your poem comforts me, the old me at the height of my anxieties.

I am the son of Vietnamese refugees, the first generation to be born and raised in the United States. My mother and my father had taken their chances to flee a war-torn country, individually, on small rafts made of lumber and rope. There, they drifted far from the mainland until it was no longer in sight and all they could see was the ocean and each other, dehydrated, malnourished. My father told me some didn’t last long on his raft. The rest were hungry and desired to last a little longer. They drifted endlessly until a french boat rescued them and sent them to their refugee camp for a few months. From there they were sent to the United States, were accommodated, given six weeks to learn how to be American, and then left to fend for themselves.

My parents wanted better for me. They worked long hours every day, from nine in the morning to ten in the night, to make sure I had it better. This came with the expectation that I would achieve what they could not. I was to live the American dream of excelling in school, going to college, and being a doctor or a dentist or something that makes big money. They wanted success and compared me to every success story they heard. I showed them my awards and they asked why I didn’t do better. When I didn’t show them my awards anymore they asked me why I didn’t bring any home.

They asked me what I wanted to with my life during my senior year of high school. It always circled back to what they wanted. When I told them I wanted to write books, they said there’s no money in writing. Everyone can do it. When I brought up how my father encouraged me to read as a child by placing money in my piggy bank for every big book I read and inspired me to read often, it was just a ruse to smarten me up. How about how I spent most of my lunchtime in the library, picking out fiction books to read during downtime in class? It was a near daily ritual for me to check a book out after having sped through yesterday’s pickings. Again, no money. Without money, I would never live a fulfilling life.

I didn’t know better. I owed them for the life they gave me. They made that clear. I went to college for chemistry without a word, without direction. I mixed compounds without knowing where it would lead to and slowly lost whatever drive I had left. The work started to scare me. Quizzes made my heart race, days of studying were torture when nothing stuck, and exams were hour long sessions of scattered thoughts and panic setting in until my spirit died and I filled in a bubble. I had a one in five shot of getting the question right anyways. I spent nights afraid of the class tomorrow and dreams of failure after failure, waking up in cold sweat and a pounding in my chest . I’ve broken down and tried countless times to piece myself back together to last another day. The only thing motivating me was to someday repay my parents for their investment in a failure.

So I continued trudging on. They had the money to keep the hamster wheel going.

It wasn’t until I finally had enough of running blindly in the summer of 2016 and held a knife to my wrist with my mother telling me to go ahead. A new thought dawned on me. I spent most of my life trying to gain approval when I didn’t need it. I wanted to support the people around me but I couldn’t do that if I was dead. So logically, the one who needed the most help in that moment was me. I needed to support myself first if I ever wanted to support others.

It was a flimsy excuse but held true, I needed it to be true. I lost weight over that summer and changed majors to something I loved but have long forgotten. I found friendship turned love in that first semester of liberation that broadened my horizons farther than just the household. I’m doing much better now, and am more myself. Kim Addonizio, thank you for your poem “Easeful Death.” While it resonates the subjects of tranquility in death and the fading of the self, it reminds me that life should not be wasted when there is so much good a single life can do. The memories of us may fade away in time, but the impact we leave is what matters most. Someone I met taught me this.

Justin Nguyen is an undergraduate senior at Georgia State University. He majors in English with a creative writing focus. He is currently seeking opportunities within the writing/editing field before graduating in Fall 2019.