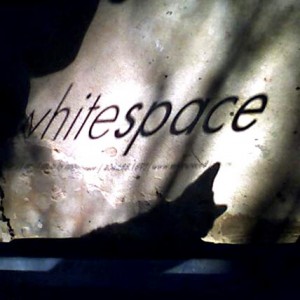 We’re hosting a celebration for the spring issue of Five Points: A Journal of Literature & Art at Whitespace Gallery on Thursday, April 19th from 7:00pm to 9:00pm. The evening will feature readings by contributing writers Gregory Fraser, Anya Silver, and Laurie Watel (all of whom live in Georgia) and a rare musical performance by former Atlantan Chris Verene, whose photographs are featured in the issue. The event is free and open to the general public.
Five Points is an internationally respected literary journal published by Georgia State University and co-edited by Megan Sexton and Georgia poet laureate David Bottoms. But not enough people in Atlanta seem aware of this gem in their midst. That’s why Possible Futures has teamed up with Susan Bridges of Whitespace to host reading parties around their new issues. This is the inaugural event.
Whitespace is located at 814 Edgewood Avenue in Inman Park.
For more information on Five Points, please contact Megan Sexton (msexton@gsu.edu). Here’s some information on the participants.
Chris Verene—One of the very few Atlanta artists featured in a Whitney Biennial in the past 20 years, Verene is best known for his ongoing photo series featuring family and friends in his native Galesburg, Illinois. The new issue of Five Points features the latest installment of this work, which received this glowing review from Jason Francisco when it was shown at Marcia Wood Gallery in 2010. http://www.artsatl.com/2010/10/review-chris-verenes-piercing-family-tracks-middle-american-struggles-at-marcia-wood-gallery-by-jason-francisco/
Now based in Brooklyn, Verene was a founder of the Cabbagetown-based Rock*A*Teens in the mid 1990s, and he continues to pursue musical interests in addition to photography and performance work.
Anya Silver—Silver received her PhD in Literature from Emory University and now teaches at Mercer University in Macon. Her debut collection of poems, The Ninety-Third Name of God (2010), was called a “bittersweet” book that “verges on prayer” by New York Times reviewer Dana Jennings. The collection addresses her struggle with breast cancer. Silver will be reading selections from her new book of poems.
Gregory Fraser—The author of two poetry collections, Strange Pieta (2003) and Answering the Ruins (2009), Fraser teaches at the University of West Georgia. Fraser’s first collection dealt extensively with his relationship with his brother Jonathan, who was born with spina bifida, and cultural standards of normalcy. Fraser is a two-time finalist for the Walt Whitman Award from the Academy of American Poets.
Laurie Watel—A resident of Decatur, Watel earned her PhD from Emory University in Women’s Studies with a focus on film. Her story “Giveaway” is part of a book of loosely connected stories that all include babies. The book is set in Atlanta. Watel talks about her inspiration for this story in her recent blog entry for Five Points.http://5ptsjournal.wordpress.com/
Possible Futures is a private non-profit operating foundation. Its mission is to nurture Atlanta’s creative culture and educate the public through the support and presentation of artists, writers and performers.