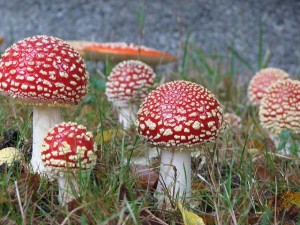 In her poem, Thanksgiving, first published in Five Points Vol. 12, No. 3, Andrea Hollander Budy delivers a scene familiar to me, and many others, I can only imagine. Maybe it doesn’t happen in exactly this way, where the mother delivers the perfect word that worms its way into the sons’ head, but we have all been there.

Trying to impress your mother with your beloved is daunting; I prefer to avoid it all together. I know someone who’s mother would be kind and courteous, but she would specifically forget to set a plate for her daughter’s boyfriend. I know another woman who’s mother changed the subject to the squirrels in the neighbor’s yard when the woman tried to tell her that she was getting married, and that her boyfriend had proposed not forty minutes ago.

Making the decision to bring your beloved home for the holidays is hard. First, praying that your family doesn’t scare him or her off, and second, praying that they can live if not love the people that you’re stuck with. After everything is over and you’ve gone home, hopefully with the objectof your affection, then you get to decide if everything is going to work out. A test, even if you don’t want to be the proctor, even if your potential mate might not want to take it.

Her voice has too much jewelry in it.
That’s what his mother said
after everyone else
had gone upstairs to bed
or out on the porch with their cigarettes.
It was the second time he’d brought
a girlfriend home, the first
such a disaster he swore
he wouldn’t be that kind of fool
again, dragging into the den
of his childhood another victim.
She was rinsing off the last
dish, he lifting one of the serving spoons
from the rack, letting the plates
drain a little longer before he’d take
the cloth to them. Jewelry, he thought—
his mother always the perfect
word, the one that would worm
its way into his mind against his will
and spring all at once into prominence
like wild mushrooms in the forest
after rain. Harmless at first, tiny
white caps dotting the landscape,
and only when fully grown
could you know if they were poison.