In Memory of Louis Simpson 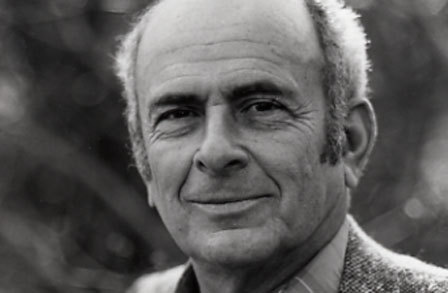 Five Points was saddened to hear about the recent passing of Louis Simpson, who died last Friday at the age of 89. Mr. Simpson, a Pulitzer Prize-winning poet, was very supportive of Five Points through the years, even from our very first issue. He graciously provided us with poems as well as an interview to publish, and we will not forget his unwavering support for our journal. The New York Times has published an obituary honoring his memory:

Mr. Simpson sought the poetry in everyday life, writing in a simple, unadorned style with specifically American settings. The poet and critic Edward Hirsch called him “the Chekhov of contemporary American poetry.”

“It’s complicated, being an American,” Mr. Simpson wrote in the poem “On the Lawn at the Villa.” “Having the money and the bad conscience, both at the same time.”

His collection “At the End of the Open Road,” for which he won the Pulitzer in 1964, painted a grim picture of the American temperament in the last half of the 20th century in poems like “In the Suburbs”:

There’s no way out.

You were born to waste your life.

You were born to this middleclass life

As others before you

Were born to walk in procession

To the temple, singing.

In later years Mr. Simpson’s poems displayed less pessimism and more of an acceptance of the world as it is. In a valedictory poem, “A Farewell to His Muse,” he reflected:

All you really know is given

at moments when you’re seeing

is a great help.

The article goes on to describe Mr. Simpson’s extraordinary life, including his time as an infantryman in World War II, before finishing with a fitting poem:

In a poem simply titled “American Poetry,” Mr. Simpson described what might be considered the essence of his work:

Whatever it is, it must have

A stomach that can digest

It must swim for miles through the desert

Uttering cries that are almost human.

The full obituary can be found here, at the New York Times website. We once again thank Mr. Simpson for all of his support. He will be sorely missed.

POSTED IN: Articles of Note
TAGS: In Memoriam, Louis Simpson