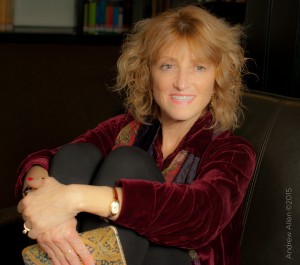 As South Carolina’s Poet Laureate, I have written quite a few occasional poems for a wide variety events—from the opening of a bridge to the closing of a lighthouse, and it always results in a new poem that I probably wouldn’t have written otherwise. Occasional poems are easier said than done; however, because the audience is generally not one that reads much poetry and the poem is meant to be heard not read. It has to work off the page, and it has to hold people’s interest. So, I tend to use more repetition than I normally would, and I make sure the imagery is strong, so listeners can easily picture something in their minds while they are listening to the poem.

Writing and reciting an inaugural poem is the one requirement of a state poet laureate. When a poet accepts the poet laureate position, they recognize that they may serve governors and administrations whose policies conflict with our own. You must find a way around that and always remain respectful of the office. I have written three inaugural poems for governors, and I’ve used metaphors from the natural world. That’s worked pretty well, especially for a state like South Carolina, which is known for its natural beauty. This time, I wanted to do something different. Deeply moved by both inaugural poems written for President Obama, Elizabeth Alexander’s “Praise Song for the Day” and Richard Blanco’s “One Today,” I decided to focus on the people of The Palmetto State rather than the landscape. So, I posted a request on Facebook asking the question “What is your dream for S.C.?” I heard from over fifty people regarding their concerns about improving our public education system, lowering our prison population and our skyrocketing rates of domestic violence, embracing diversity and Gay rights, and so on.

My goal with the poem “One River, One Boat” was to remind everyone that we are first and foremost a community, and we all deserve a place at the table. I described as many different kinds of people as possible in a few stanzas. From schoolteachers and dockworkers, to migrant farm workers picking peaches to homeless veterans begging for change, the power of the poem seemed to come from its manifold voices. I put us all on a boat, and the poem is grounded by a stanza about a boy drifting down a lowcountry river in a jon boat daydreaming.

I was also deeply concerned about the racial unrest in the country and the unhealed wounds of slavery that still fester in my home state that continue to impact numerous social justice issues. I studied the poems of Langston Hughes to find the right tone for what I wanted to say. The Confederate Flag, which still flies beside the SC Statehouse, belonged in the poem. It felt like the perfect metaphor for where we were and still are in this country: divided by political parties, race, and economic status. The poem is meant to unify not divide, to create a space for us to come together and consider our shared history and its legacy. At the heart of it, the story of “One River, One Boat” is rooted in South Carolina, but people all over the country feel “stuck at the last bend in the river” right now. Who will lead us through this struggle? What about the dreams of the boy in the jon boat that won’t be met or the immigrants picking peaches on John’s Island? Why not speak up for what I believe in, in the city that made its fortune on the backs of enslaved Africans, the city where “We Shall Overcome” gained prominence in the 1940s when members of the Food and Tobacco Workers Union sang the song to boost morale during a labor strike?

Some might say that I should have stuck with the natural world, because the poem was banned from Governor Nikky Haley’s inauguration on January 16, 2015, and I was not invited to the ceremonies.   But something much more interesting and powerful happened; the media found out about it and decided to publish the poem. Starting with the S.C. Statehouse Report and a front page article in the local paper, the story spread like wildfire and within days NPR and The Washington Post were calling me for interviews. Editorials were written in papers throughout the country, and TV crews showed up at my door. Teachers shared the poem with their students; families read it at the dinner table; priests read it from the pulpit. Strangers from around the country wrote to me. Something about the poem seemed to resonate with people, and this response has been both moving and profound.

The most extraordinary tribute took place on the evening of Governor Nikky Haley’s inauguration, when Congressman James Clyburn, read “One River, One Boat” into the Congressional Record and spoke about its importance.

I am so grateful for the warm response to the poem “One River, One Boat,” and far more people have read the poem because it was banned from the inauguration, than if I had been permitted to read it. Five days later, on Martin Luther King, Jr. Day, I read the poem to a large audience for the NAACP’s annual Under the Dome MLK rally at the S.C. Statehouse in Columbia, S.C. The Confederate Flag was flying directly in front of me, but the Governor was not in the audience. By the time I got to the last two stanzas, people were on their feet. I guess I’ve always tried to speak truth to power, but this was the first time in my life I was able to do it. And, the honor was mine:

Here, where the Confederate flag still flies
beside the Statehouse, haunted by our past,
conflicted about the future; at the heart.
of it, we are at war with ourselves

huddled together on this boat
handed down to us—stuck
at the last bend of a wide river
splintering near the sea.