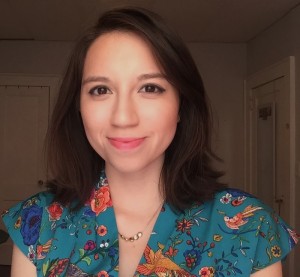 My mother, like many mothers, loves reminding me that I was once (and always will be) her baby. She reminds me with stories. Like how I would demand to watch and re-watch the goat-puppets scene from The Sound of Music when I was a toddler, or the first time I ate a limón as an infant, my whole face puckering, and then opening again for another taste of the sharp citrus. My favorite story of my mother’s is the one where she taught me how to write one of my first words, or palabres.

Destapador. A mouthful for a three year old. My mother always recounts the diligence with which I sat at the kitchen table, marker in hand, writing out each letter. Bottle opener. A few years later, I would skip recess in elementary school for library visits, soaking up the words of J.K. Rowling, R.L. Stine, and Beverly Cleary. I read and wrote a lot of bad literature in my teens (something I haven’t completely avoided since entering university), but thankfully, I learned the value of editing and workshopping in my first writing class at Georgia State—an intro to poetry course taught by Jenny Mary Brown. I decided to take Creative Writing as my concentration straight out of the gates, picking up a minor in Film and Video along the way. I take courses in prose writing now, but I keep poetry as the “side gig” that continually proves to be less of a “gig” and more of a mode of being. My poems are little stories. My stories aim to feel like poems. Everything that rises, converges—according to Flannery.

The bit of advice I’m always given as a writer from other writes is to 1) write, obviously, and 2) read. And to read old and new, deceased and living, famous and obscure voices. I’ve had this opportunity with my time at Five Points. I’ve had the good fortune to handle typewritten manuscripts by such awe-inspiring poets as Mary Oliver and Laurence Lieberman. I’ve also had the fortune to prepare rejection notices for accomplished and talented writers whose work didn’t quite make the cut (reminding me that rejection is expected, natural, in this field and should never be a deterrent against writing).

Along with my invaluable time at Five Points, I’ve also been on the staff of our undergraduate journal Underground, and, lucking out on timing, I snagged the position of Poetry Editor a few short weeks after joining up. I had only been previously published in Underground’s Fall 2014 Issue (a few poems and art pieces), and so I definitely felt a little overwhelmed to be in the meat of such a fascinating operation. Currently, I feel very lucky to be working with such a dedicated, cultured group of people on showcasing all the magnificent talents Georgia State has to offer.

Working with Underground and interning with Five Points has certainly left me with a more evolved understanding of how ink becomes print, as well as a deepened appreciation of writing and the vital act of storytelling.