Home » Blog » In His Own Words: The Original Poetry of Rumi Translation Sensation Coleman Barks 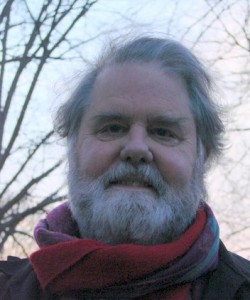 If you have ever fallen under the spell of the words of the Sufi poet Rumi, and those words were in English, chances are good that Coleman Barks is responsible for the translation.  Since the late 1970s, Barks, who was born and raised in Chattanooga, Tennessee, has been sharing the spirit of Rumi’s exuberant, inclusive faith with the English-speaking world.  His translations seek to bridge the divides of language, place, and time to extract the essence of a poet who was born in Afghanistan over eight hundred years ago and who wrote in Persian.

In a world in which we are often inundated with images of intolerance and bombarded with the sounds of irreconcilable rhetoric, Rumi’s ecstatic love feels as radical, refined, and relevant as ever. Barks energetic renderings of Rumi’s voice are so poetically and commercially successful, however; we might easily overlook Barks’ own works.

The Vol. 11, No. 3 issue of Five Points gives us a chance to see Barks as both poet and translator. The issue contains four of Barks’ translations of Rumi’s works, and one of Barks’ original poems, “The Sound Made by Snapping the Fingers.” Perhaps it is not difficult to imagine that he has been influenced by his study of Rumi, both in form and content, but it is Barks’ own voice that shines through, making for a compelling read. His translations of Rumi have been so critically and commercially successful that we might easily overlook Barks’ original poetry.